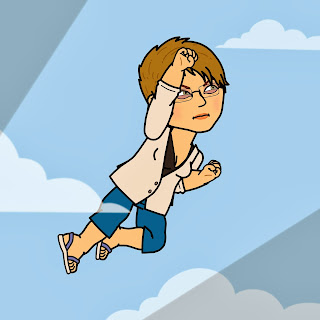 It is humbling to look back at my blog posts over the years. The pauses in between posts are not all bad news. Often it is because I got busier living life with less time to write about life! On the flip side, sometimes it was because I felt like I was barely living at all.

I have run the gamut of eat, live and love. I have learned much along the way and applied a little here and a little there.

Truth - I was inclined to start a new blog or maybe delete all of the posts in this one before starting to blog again. Then I decided this right here - it is the truth and if there is one message I would like to get out there; one word that might encourage even one person; then, I must not destroy the evidence of my path of discovery - no matter how long (and humiliating!) it is.

That word is NEXT.


NEXT - Announcement - my next step on this journey is/was the Keto Diet. Yes, you heard it. In November 2019 I decided enough was enough and climbed slowly on to the Keto Diet band wagon.

NEXT - Research. Keto is on thousands of YouTube channels and covered in thousands of blogs. (well, now 1001 blogs!). It was overwhelming! Information choked me and some of the heavy pressure sales pitches made me want to ...well, you know..! I worked to dig out the knowledge with the hope I could  make some sense of what was real and what was an advertisement.

NEXT - Real People/Advocates. A friend supplied the insight that helped me to believe that it was not a trend. Her doctor and her naturopath (real people, too!) both recommended it for her to help with the pain associated with Rheumatoid Arthritis. It works for auto-immune diseases - they said! She was real, live-person proof. Real-people wisdom: She recommended that I narrow my sources of information to one or two. Her highest recommendation was to pay attention to Dr. A. Bosworth - online or in print. Two reasons:


NEXT - Real Science. No I didn't go out and research medical journals or put up an ad on social media to attract the "followers". But I did pay attention. To discover that this Keto Diet is not a new trend or fad was a big selling point for me. It is science. Science that has been around since at least 1910 when used to successfully treat children suffering from multiple daily seizures that were not responding to the existing medication at the time. Successfully, meaning that sixty years or more later, when these children died of old age the autopsies showed that those who went on the Keto Diet had brains that had thrived in comparison to the damaged brains of those who had been medicated. This is a direct reference to the information provided in Dr. Bosworth's one and only book: Anyway You Can. This book is available on Amazon and if you have Kindle Unlimited, you can download it for free! I will also include her website if you are curious enough to check it out:  https://bozmd.com/

NEXT: What have I observed in five months?


1. Satiety. Amazing, cozy, fulfilling satiety. No crazy cravings. No hunger. (AND DELICIOUS FOOD!)
2. Weight loss. I personally dropped thirty pounds without changing anything but what I eat.
3. Reduced pain. That one is new - I noticed it on Day10. A long-time sufferer of osteoarthritis plus from an autoimmune disease which causes daily body pain, I was pain free. I am ecstatic that this has continued to be the case several months into this lifestyle.


NEXT: Intermittent Fasting and One Meal A Day (OMAD)

Your "NEXT" could be Keto! or maybe something else!

Just make sure you are looking forward when you take your NEXT step!

It is humbling to look back at my blog posts over the years. The pauses in between posts are not all bad news. Often it is because I got ...